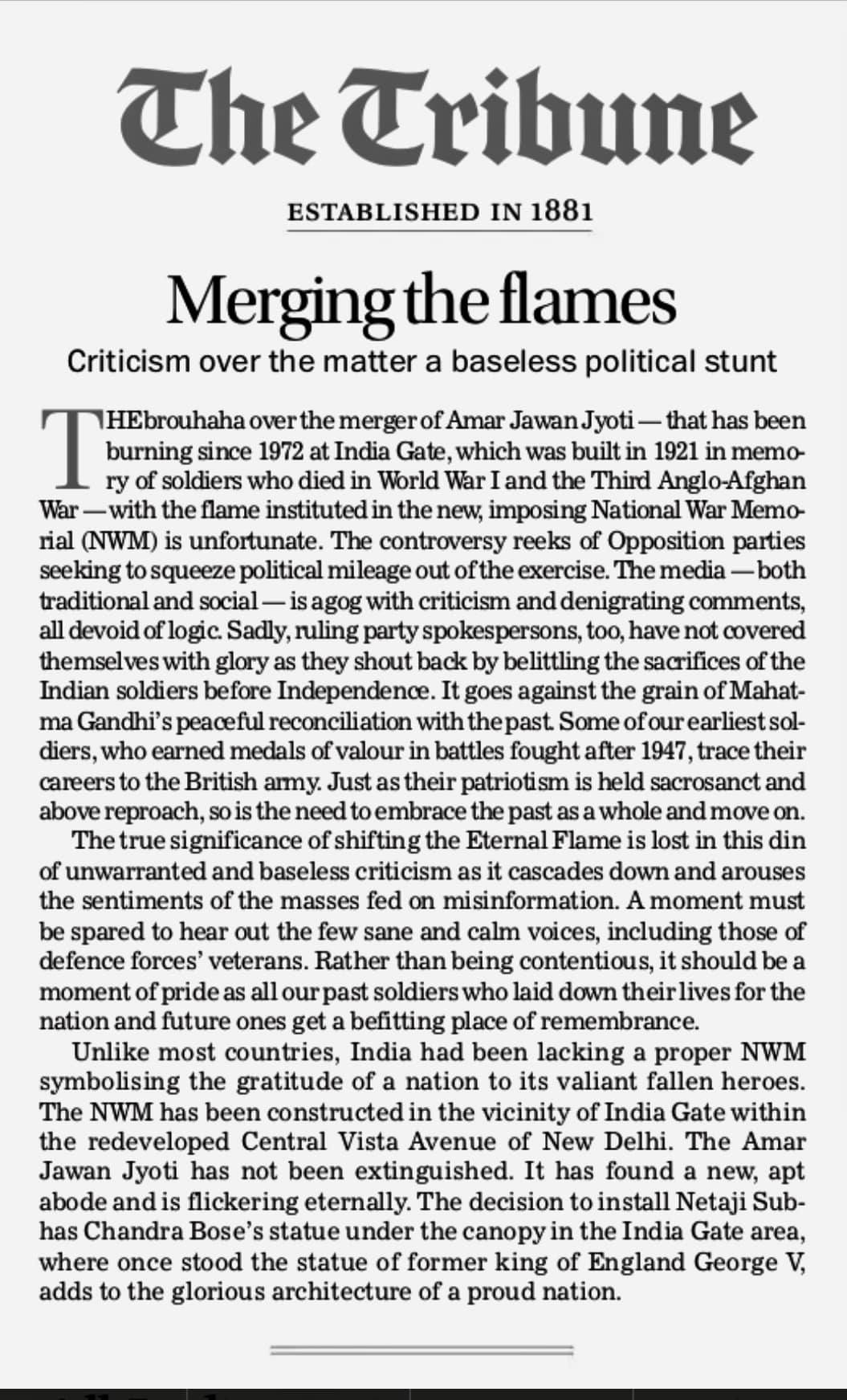 Editorial – Merging the Flames
Comments by Simranjit Singh Mann: Shiromani Akali Dal (Amritsar) states that as Sikh’s we would have no objection to glorifying Subash Chandra Bose or raising his statue at India Gate.
However, the forces of extreme Hindutva BJP – RSS must examine that before they venture into such fanaticism that Gandhi, Patel and Nehru sent him into the Axis power theatre of Hitler, Mussolini and Togo to fight against the Democratic Allied powers.
Hitler committed the genocide of 60 Lakh Jews and treated his prisoners in violation of the Geneva Conventions on War. Mussolini also committed atrocities on democrats, socialists, communists and Jews.
Subash Chandra Bose joined the fascists forces of Togo of Japan who committed horrendous crimes on the Chinees and Koreans. Besides this Togo abducted young Chinese and Korean women and used them as comfort women for the Japanese troops.
During World War II Japan captured the Andaman Islands where the British had imprisoned Sikh and Hindustani freedom fighters fighting against the British Raj.
The Question arises if Japan had captured the Andaman Islands why Subash Chandra Bose who was an ally of the Japanese, why he did not have these Sikh and Hindustani prisoners freed. These prisoners like Bose and Japan were also fighting against the British.
We think that Bose was culpable in the war crimes that Japan committed in World War II.
THIS (Theocratic Hindu Indian state) would invite international rage amongst Human Rights organizations and the Democratic powers all over the World if it resurrected such war criminals and put such statues at India Gate.
Sikh’s are a minority and in the interest of humanity and upkeep of Human Rights we would advise the right wing Hindutva powers no to resort to acts that would invite world wide opprobrium.
The Tribune and others who want the resurrection should give it a second thought.