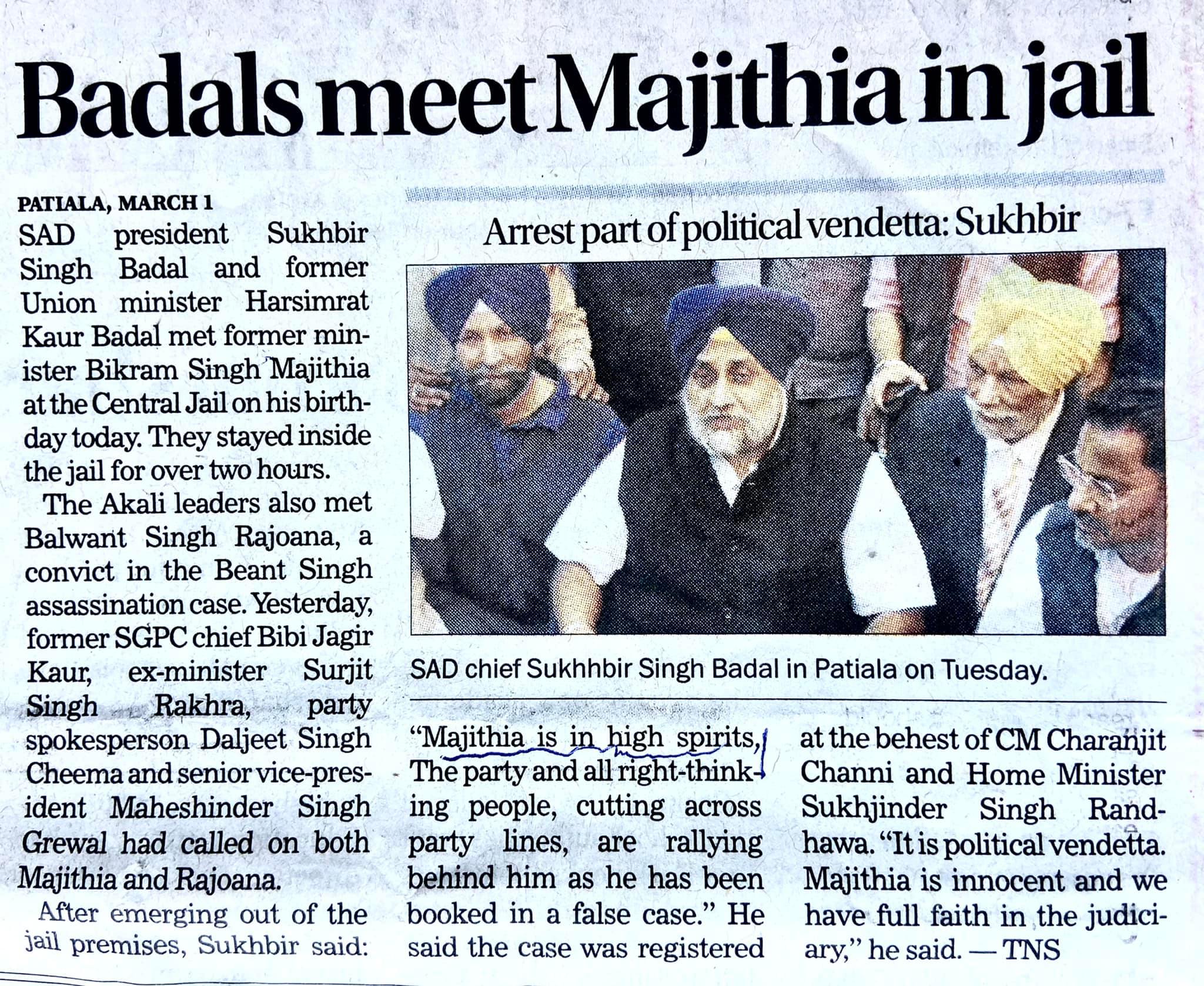 Letter to the editor,
The Tribune,
Chandigarh,

Presumably Mr. Sukhbir Singh Badal is meant to be a well educated man. His parents had him educated in a good boarding school.
Later they sent him to study at Bakersfield in California, USA.
We are sorry to state that though he is meant to be well educated, he has not caught the grip on the English Language.
In this report in The Tribune dated 02,03,22 we quote him saying “Majitha is in high spirits”.
Whether Mr. Badal meant what he says is uncertain.
In the English Language “high spirits” would mean heavily drunk with alcohol.
We do not know whether the jail authorities supplied him with this contraband or Mr. Badal had brought a good bottle of hard liquor for Mr. Majitha, as it was his birthday.