Hindu India should join the alliance of Brazil, Indonesia to save the Forest wealth. Simranjit Singh Mann 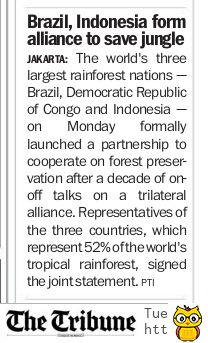 Hindu India should join the alliance of Brazil, Indonesia to save the Forest wealth. Simranjit Singh Mann

Comments by Simranjit Singh Mann: Shiromani Akali Dal (Amritsar) states that this is a very good pact between the rain forest countries and the Hindu Indian state should improve its Human Rights record vis-à-vis the Advisees or Tribal’s living in the evergreen forests of Central India, who oppose the Hindu Indian state’s policy of reducing the forest wealth, the Home of these indigenous people. To stop their opposition to the exploitation of the forest wealth, the Union BJP- RSS Union Government dubs them as Naxalites and Maoists and shoots them down in extra judicial murders. Now that we have a President of the Hindu Indian state who is an Adavasi or a Tribal, to some extent these extra judicial killings have abated, but they have not ended.

Our Party hopes that with the coming of Madam Dropati Murmu as President, the exploitation of the Adivasis will stop and the Hindu Indian state will also join the countries of Brazil, Indonesia and Democratic Republic of Congo to stop the withering of these forests.