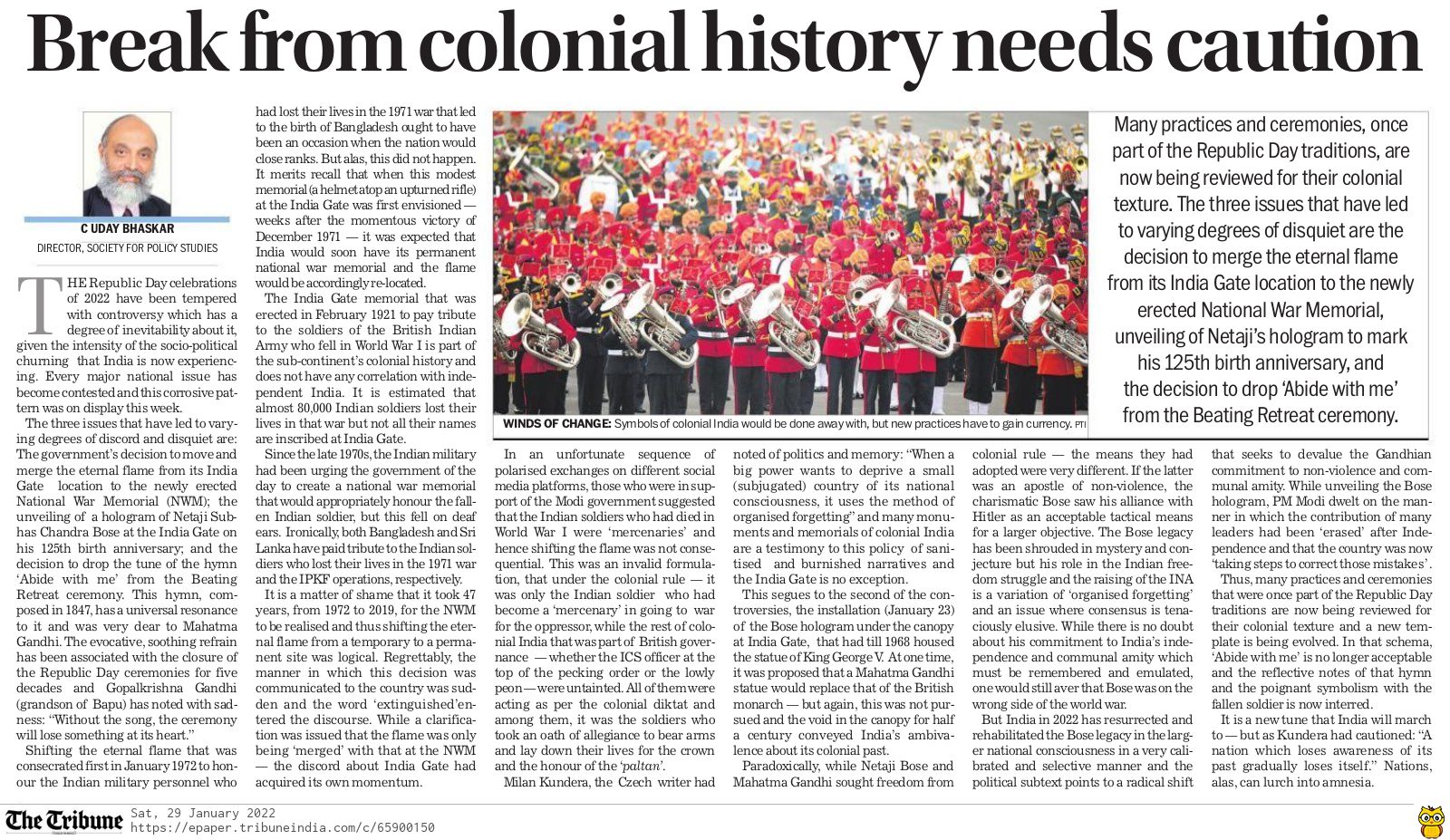 Comments by Simranjit Singh Mann: Shiromani Akali Dal (Amritsar) states that Mr. Uday Bhaskar has a lot of knowledge. What does he have to say about our party’s impression on Shubash Chandra Bose, which we place below:

Shiromani Akali Dal (Amritsar) states that as far as our Party’s information is concerned it is that the great leader Shubash Chandra Bose was aligned to the fascist and Nazi forces in World War II, these being Hitler’s Nazi Germany, Mussolini’s Italy and Togo’s Japan. Would you approve of the war crime they committed?

In this Great War Japan had captured the Andaman Islands which was a notorious prison where freedom fighters like the Gadri Baba’s and other Sikh rebels and freedom fighters were in detention.

Our Party has written to the Union Home Minister Mr. Amit Shah and the Punjab Legislative Speaker Mr. Rana K.P. Singh to inform us that if Japan had captured the Andaman Islands and as the anti British prisoners were the inmates why the Congress leader late Shubash Chandra Bose did not have them set free. We have received no answer from either Mr. Amit Shah or Mr. Rana K.P. Singh and therefore the Hindu Indian state should watch out for an adverse reaction if our Party’s information is correct.