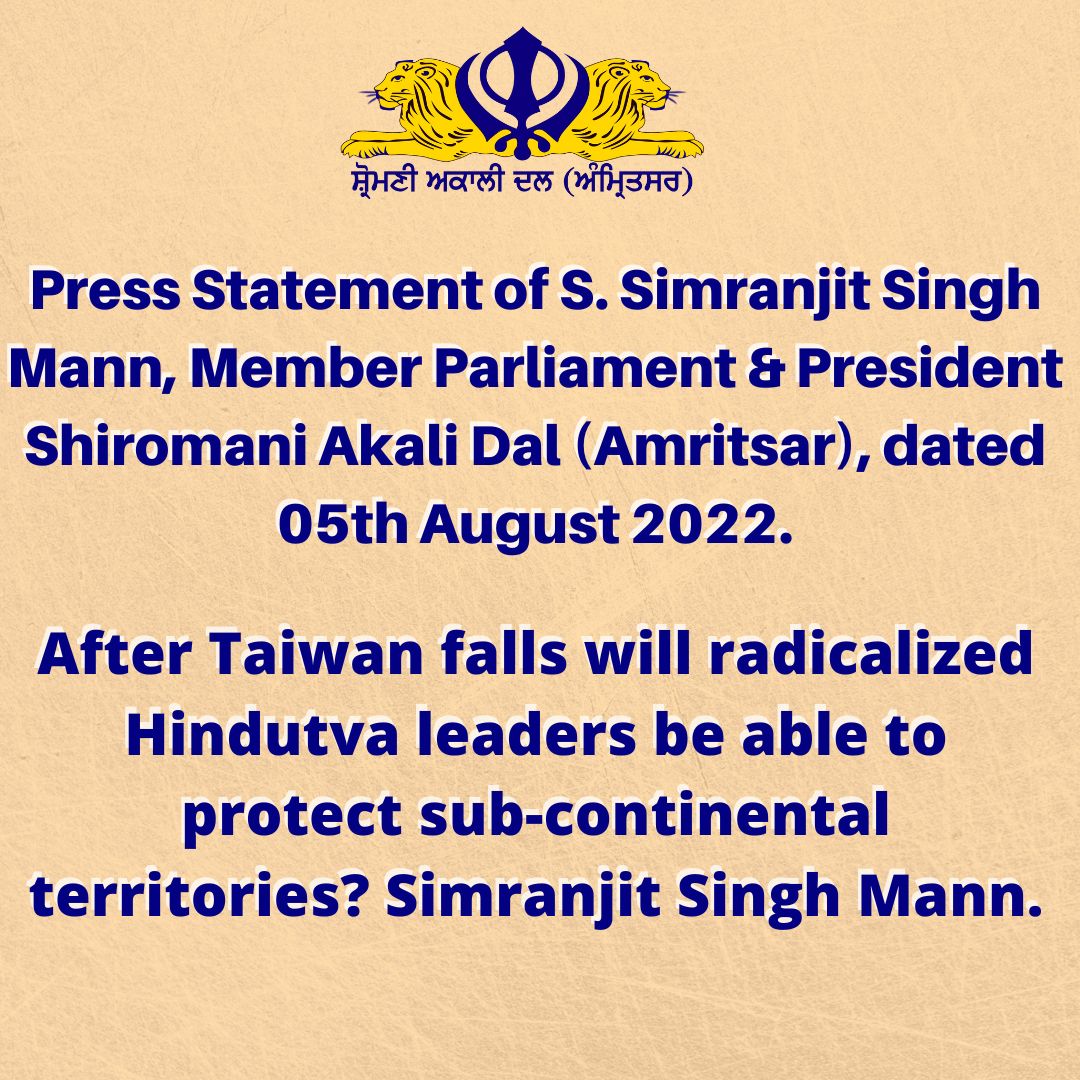 Fatehgarh Sahib, 05th August ( ) “Do the Hindu Indian leaders of the BJP-RSS know that after China occupies Taiwan, Chinese leader Mao tse Tung after occupying Tibet had said, Tibet has five fingers, which are also Chinese, these being Bhutan, Nepal, Sikkim, Ladakh and NEFA now Arunachal. Are these leaders ready to defend these territories after Taiwan is occupied by China? We want to remind the RSS-BJP leaders that today there are no Sikh Army Commanders and the Navy and the Air Force also has no Sikh Senior Commanders.”

The responsibility of protesting these territories now rests entirely and solely with Hindutva leaders and the new doctrine of changing recruitment rules also will rests with these radicalized leaders.