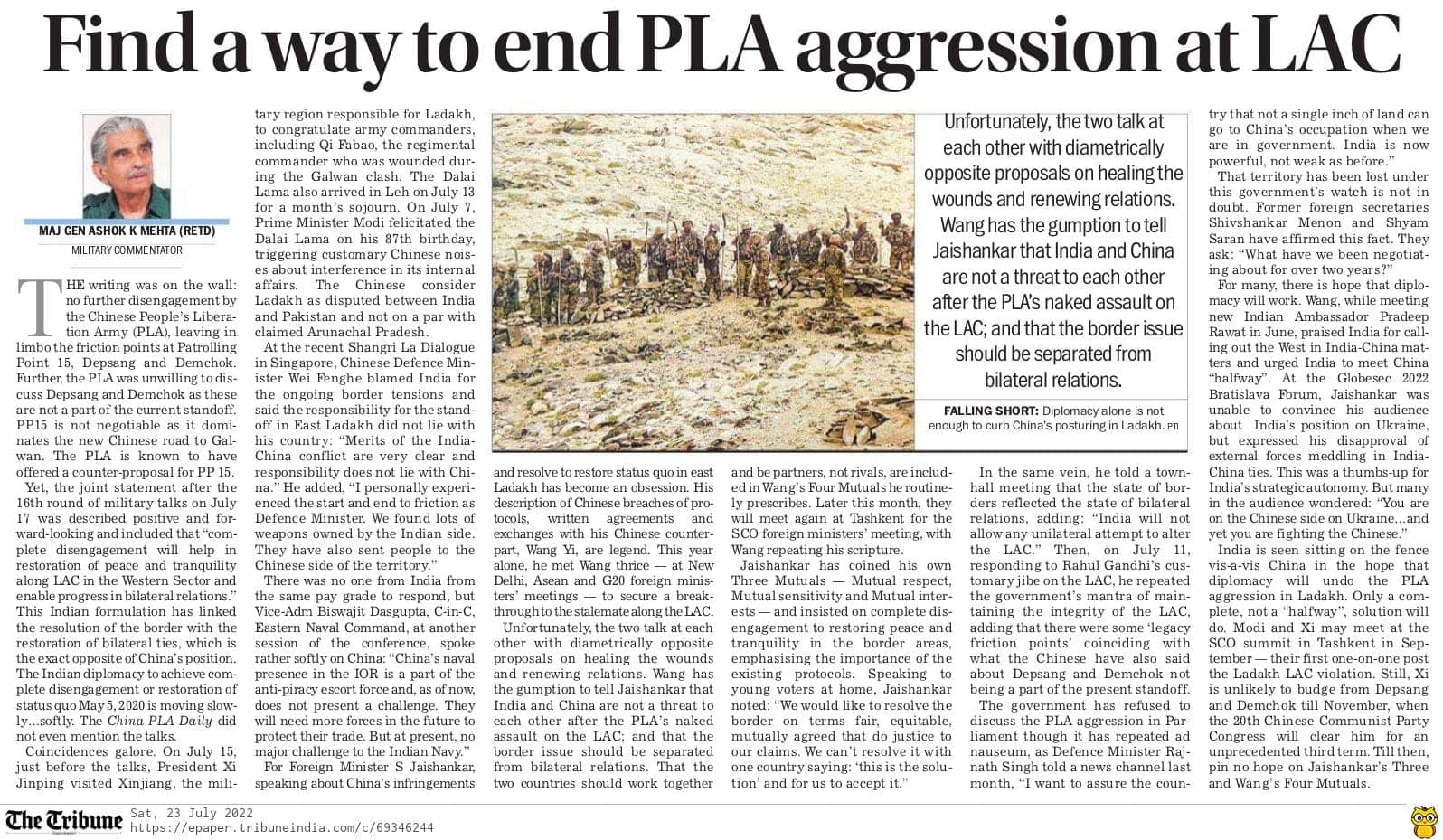 Shriomani Akali Dal ( Amritsar) States that we are happy that the analysts in The Tribune are changing their views about PLA aggression in Ladakh.
But the economy is weak and the military option is also in a bind, where as diplomacy works only with a strong economy and an equally strong military punch.
The military heads here do not have any experience of fighting against Communist China. In 2020 they could not defend Ladakh from the PLA ingress and now they are scared to send in patrols into Tibet to probe the PLA’s strength and deployments. Therefore, the Hindu Indian state will have to suffer the humiliation of not defending its borders and time and time a free passage of the PLA into Ladakh and elsewhere on the borders.
The security forces at present are busy fighting their own people and citizens in Kashmir, Nagaland, Chattisgarh, Maharashtra, Orissa, Bihar, Jharkhand and what is worse the Union BJP RSS Government has thinned the BSF strength on its Punjab Islamic Pakistan Border and extended its duties into the territory of internal Punjab, where the BSF can operate with in 50 kilometres from the Border to within the Punjab.
It is unfortunate that now the Sikh’s too are not trusted by the BJP- RSS radicalised Hindu Indian state. This activity favours Communist China as more and more people in Hindu India are not trusted and the security forces had to pay more attention internally than keep a vigil on the borders.