The Sikh’s suo- generis sovereign nationality but stateless at this moment need assurances that they will not be annihilated by a nuclear holocaust. – Simranjit Singh Mann 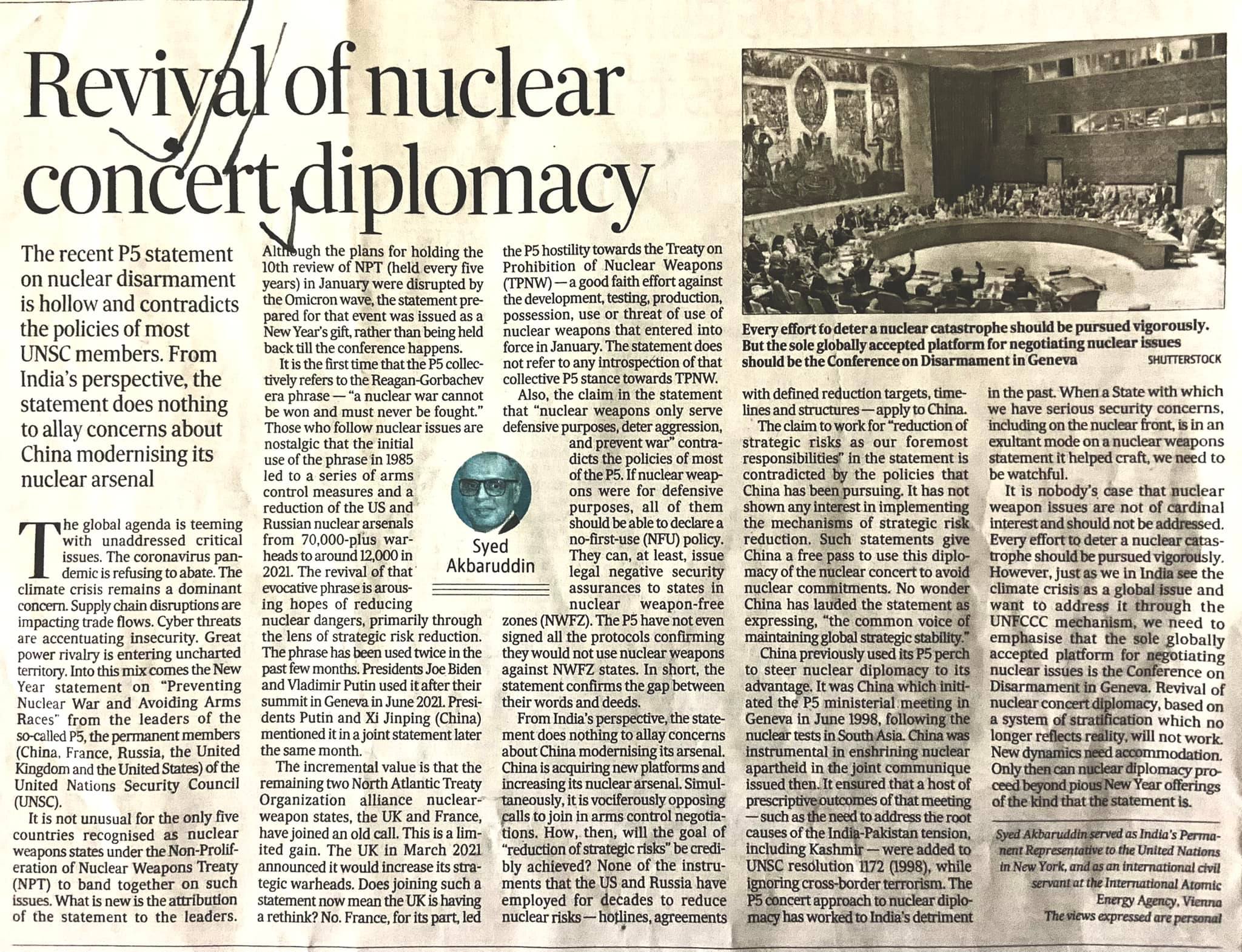 The Sikh’s suo- generis sovereign nationality but stateless at this moment need assurances that they will not be annihilated by a nuclear holocaust. – Simranjit Singh Mann

Comments by Simranjit Singh Mann:- Shiromani Akali Dal (Amritsar) states that The Sikh’s are a suo generis sovereign nationality but at the present juncture of time they are a stateless people.
The Sikh and Punjabi populted areas Kashmir, Ladakh .. are boxed in between three nuclear armed states Communist China, Hindu India and Islamic Pakistan.
All factions of the civilisation have their respective defensive nuclear arsenals. The Capitalists, the Socialists, the Communists the Hindu’s, the Muslims and even the Jews of Israel have their own nuclear shields but the Sikh’s are the most endangered people whose territories would become the nuclear bettlefield between the three Hindu, Islamic and Communist nuclear armed states, if once they come to exchanging nuclear blows.
It is incumbent on the UN and UN Security Council to begin a fresh cartography of South Asia and create an independent and sovereign Sikh state which can protect itself and the Punjabi’s from total annihilation.
As an alternative the UN, UNSC and Western democracies should create a No Fly Zone over the Punjab and Sikh territories over which no weapon carrying flying object or machine can carry weapons of mass and nuclear destruction.

These are the means by which the Sikh and Punjabi civilisation can save itself from total destruction.
Even in the field of nuclear armed states, religious states which are split into schisms like the Sunni Islamic Pakistan state its rival the Shia Islamic Iranian state, is also on the threshold of becoming a nuclear armed state.
Therefore, theSikh and Punjabi Civilisation needs a special and careful attention if it is to survive as a separate national and religious entity.
Needless to say as per UN and UN Security Resolution the forth coming sovereign Sikh state would be a nuclear free armed state protected by the authority of the United Nations.