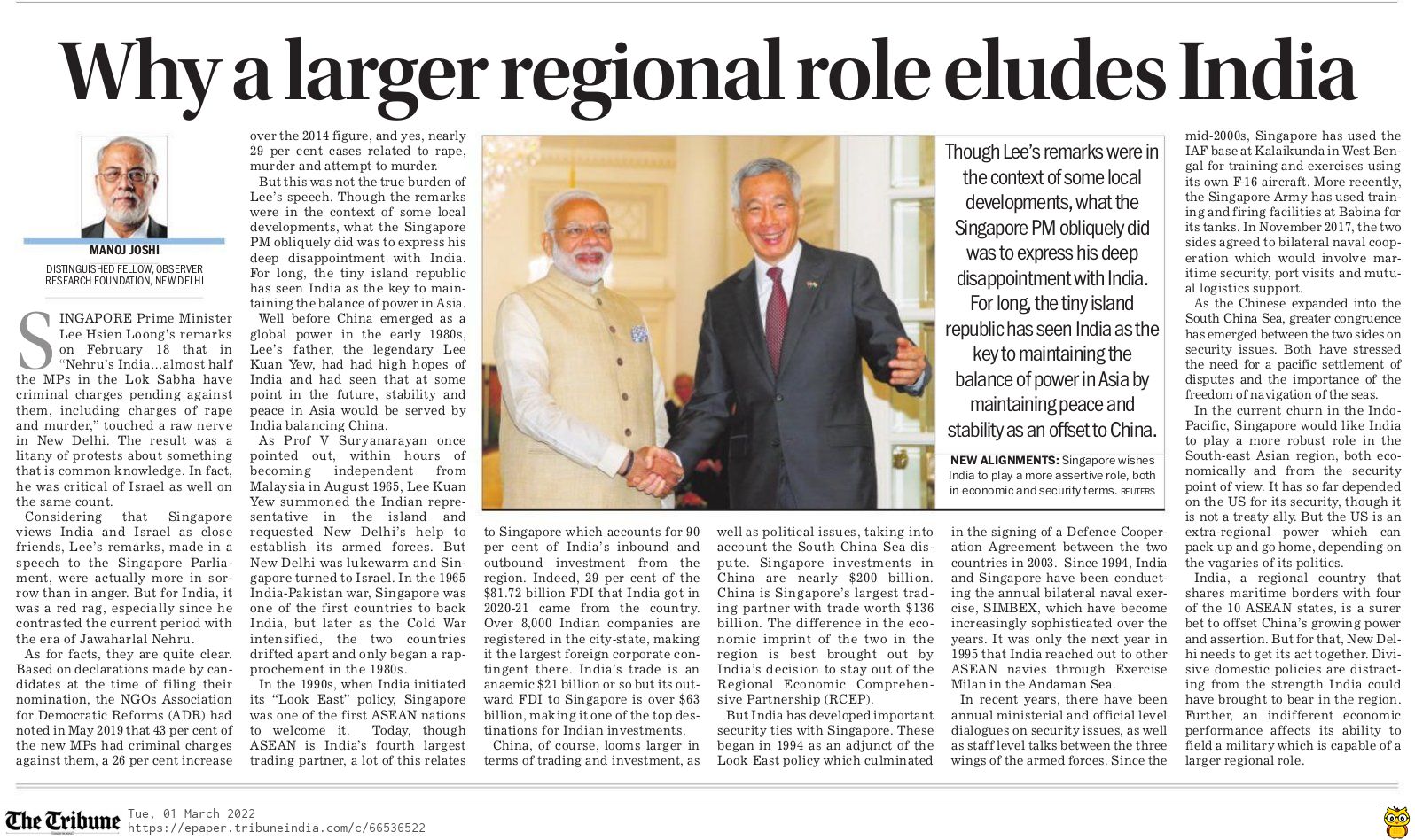 Comments by Simranjit Singh Mann: Shiromani Akali Dal (Amritsar) states that the answer to Mr. Manoj Joshi is that THIS (Theocratic Hindu Indian State) since 1947 has become communal and a radicalized Hindutva state, which has a bias against minorities, Schedule Castes, Advasis or Tribal’s and Dravadians.

As such its economy is weak which results in a splintered military and therefore diplomacy stands deflected at every level.

Hindutva is a new state. The Hindu has no experience in statecraft as the mythical Ayodhya is the only example of a state that a Hindu has ruled over.

The religious text Manu Smiriti has divided Hindu society. It has no national aspirations.

It is supporting aggression of Russia while not understanding that aggression of Communist China in Ladakh which will draw no support or sympathy by the Sikhs and other nations. That is why regional leadership eludes the Hindu Indian state.