Cross Border inroads will only seize once all citizens are treated as equals. Otherwise this has been a historic problem. – Simranjit Singh Mann. 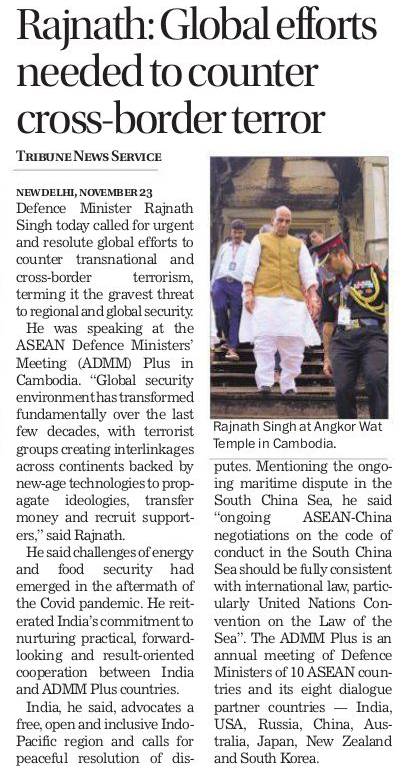 Cross Border inroads will only seize once all citizens are treated as equals. Otherwise this has been a historic problem. – Simranjit Singh Mann.

Comments by Simranjit Singh Mann: Shiromani Akali Dal (Amritsar) states that now national states (Hindutva state) face cross border insurgencies. The Hindu Indian state
has not been able to weld a feeling of Nationalism. It believes minorities are out of the fold of Hindutva or Hindu Nationalism.
They, the minorities have to be absorbed by the physical strength of the state when they differ and refuse to be integrated. Cross border insurgencies take place to save the minorities from being absorbed by the Hindutva state.
This process cannot stop as the power that has held supremacy in Delhi from the mediaeval period in our history has resorted to state terrorism but rarely adopted the means of integrating the people into one nationality.
This policy of the current Hindu Indian state continues with governance by terrorism of the minorities, Schedule castes and Adivavsis or Tribal’s.

Presently the law AFSPA (Armed Forces Special Powers Act.) gives unbridled power to the security forces to kill, maim, torture, rape, kidnap, abduct and detain any Kashmiri with impunity.
The Sikh’s since 1947 have suffered the abominable crimes of genocide, memoricide, vandalism and ethnocide.

The Christians have had their churches burnt, nuns raped and Christian missionaries like Graham Stuart Staines burnt to death along with his two son’s at Manoharpur Village in Keonjhar District of Orissa.

Cross Border terrorism can be contained if as per article 14 of the Constitution every citizen is treated as equal before the law, otherwise cross border inroads have continued since the days of Muḥammad bin Qāsim.

Now Communist China is making inroads into Ladakh, once in 1962 and presently in 2020. The Defence Minister Mr. Raj Nath Singh should concentrate on the ingress of Communist China, whereas the other problem will seize if all citizens are treated as equals.