THIS (Theocratic Hindu Indian state) and USA have a Defence pact of some kind but the former violates it often.- Simranjit Singh Mānn 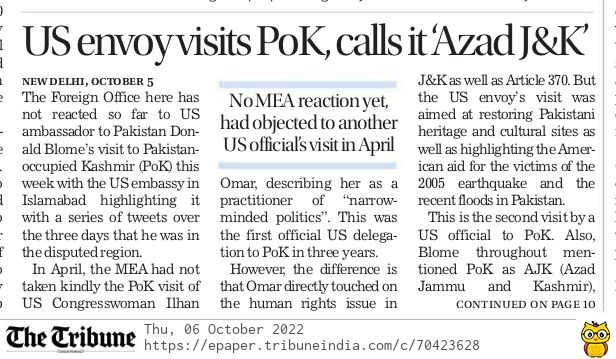 THIS (Theocratic Hindu Indian state) and USA have a Defence pact of some kind but the former violates it often.- Simranjit Singh Mānn

Comments by Simranjit Singh Mann: Shiromani Akali Dal (Amritsar) states that we are aware that THIS (Theocratic Hindu Indian state) has an understanding on defence matters. But there is some tit for tat in their relationship, that being when the US and the West put up a resolution in the UN for violation of Human Rights, the Hindu Indian state invariably abstains when the resolution is put out for votes.
Similarly, the US is also free to aid Islamic Pakistan when this states F-16 jets require overhauling. It also is free to visit any territory in Islamic Pakistan, which it feels needs a visit for whatever purpose.
Similarly, the Hindu Indian state does not follow the US law (CAATSA) and repeatedly imports oil and military wares from Russia, which has been put under sanctions for invading Ukraine, which we think is similar to what Communist China has done way back in 1962 and thereafter in 2020 in Ladakh.
Our Party supports American Foreign Policy as we are democrats and believe in the rule of law, principles of natural justice. The US is against the Crimes of Genocide, memoricide, vandalism and ethnocide, all of which have been perpetrated against the Sikh’s since 1947, with impunity. The Sikh voice against these abominable crimes rings often in the American Senate and the House of Representatives.