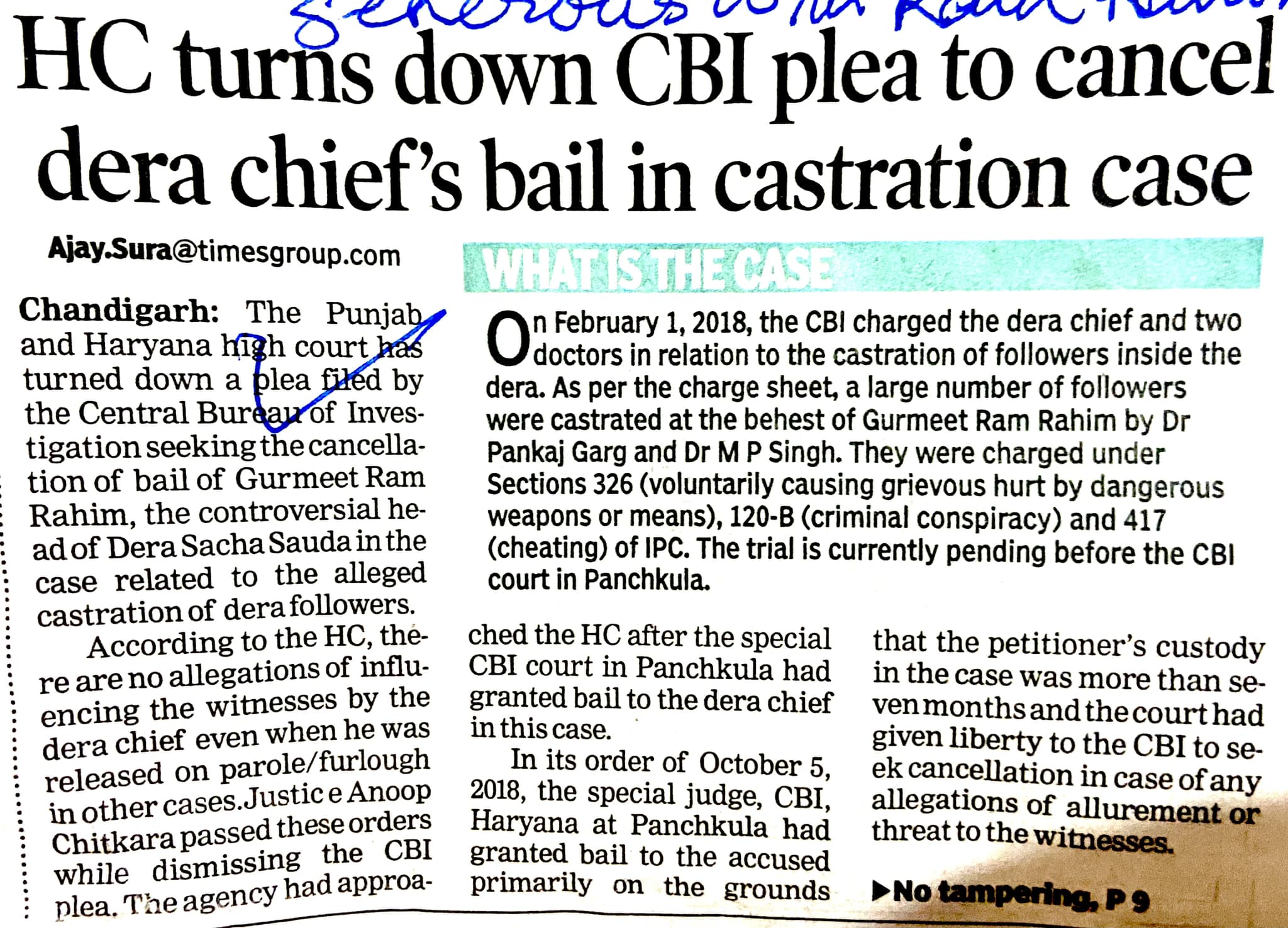 Shriomani Akali Dal states that Punjab and Haryana High Court is very generous with saving Sacha Sauda Chief from interrogation by the CBI.
Previously it has saved him from the crimes committed in 2015 in which he was the principal accused in the sacrilege of Sikh scriptures and the Police killings Bhai Gurjeet Singh Srawan and Krishan Bhagwan Singh at Village Bhebal Kalan.

It is expected that the High Court should give its rulings fairly and with impartiality as Ram Rahim has already been convicted for crimes of murder, rape and now the CBI wants to question him regarding the castration of boys at his seminary.
Amongst the Turkish Sultan’s it was customary for them to keep a harem. Slaves of that period were castrated so they could look after the Harem without looking or committing acts or sexuality.

Can the Punjab and Haryana explain whether it feels that Dera Women can be made to feel secure from rape if High court happens to protect Dera Chief rapist Ram Rahim from interrogation after charges of the castration against Ram Rahim and the boys of the Dera.