Diplomacy and Defence Policies of the Hindu Indian state in an abyss. Simranjit Singh Mann. 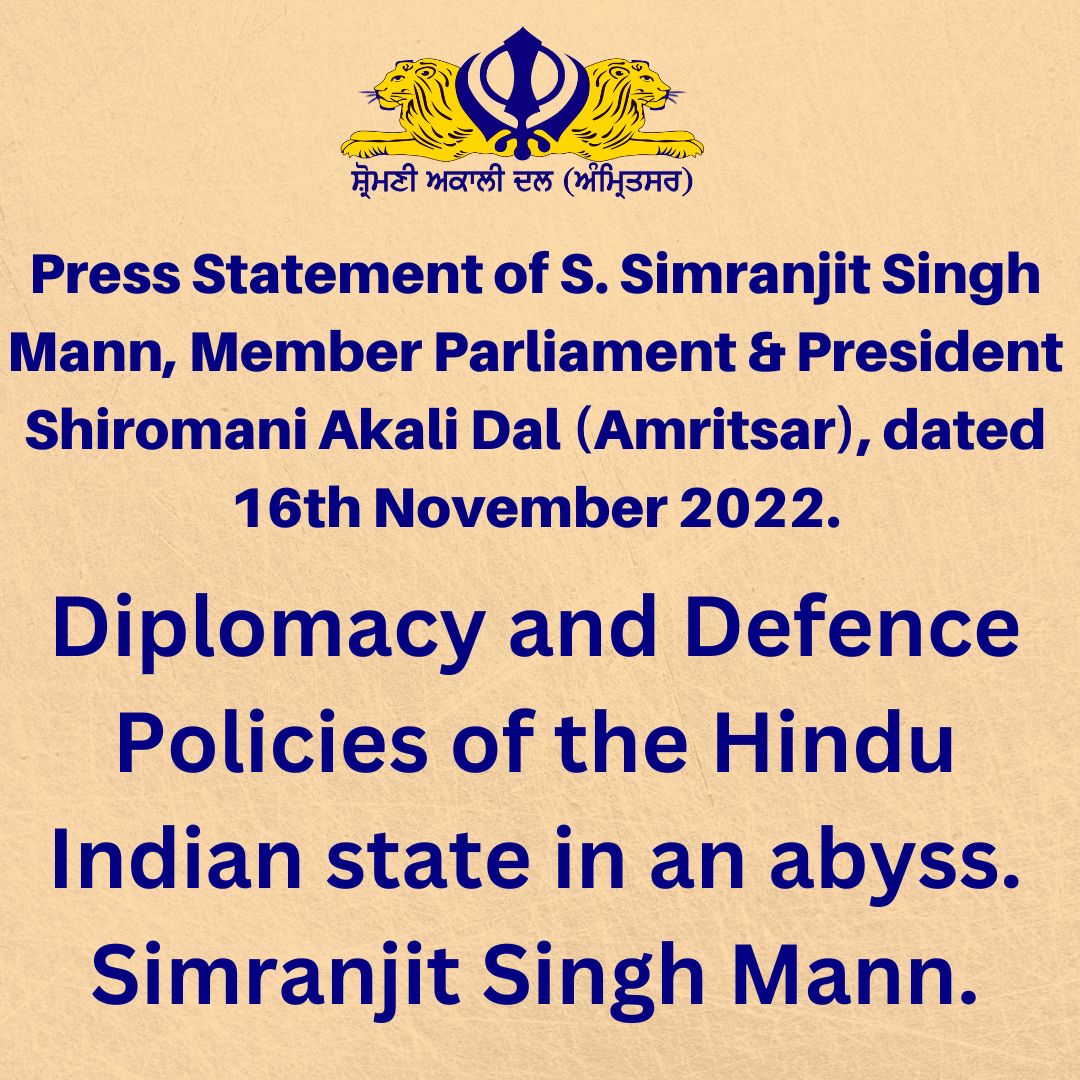 Diplomacy and Defence Policies of the Hindu Indian state in an abyss. Simranjit Singh Mann.

Fatehgarh Sahib, 16th November ( ) “It is shameful that the Hindu Indian state is in the process of disbanding the Sikh Regiments and Sikh Light Infantry battalions and also disbanding Sikh companies in the Armoured corp battalions and the Artillery battalions. This is what the policy of the BJP-RSS a rightwing and extremist Hindutva Union Government is in the process of doing to weaken the Armed forces and demoralize the Sikh peoples”.

Prime Minister Nerindera Modi is currently on a visit to Bali where Communist China’s President Xi Jinping and Canada’s Prime Minister Trudeau have refused to have a meeting with him.

The Army Chief Gen. Manoj Pandey is on a visit to France where the Indian Ambassador, to smoothen his ruffled feathers should take him to see the Maule Rouge show in Paris. Gen. Pandey while in France must know that in World War II the German army knocked out the French Army in the first round. But the French Resistance and Partisans fought well in the French Alps against the German army. Perhaps Gen. Pandey could learn a lesson from their tactics and evacuate Communist China’s PLA from Ladakh, by sending in deep probes into Tibet by the ITBP and the Special Frontier Force.

Last time when Gen Malik visited Athens, the Indian Embassy there put him up in a shabby three Star Hotel which was not, in what one would call a respectable area. We hope this time Gen Pandey would be shown the best etiquette his rank deserves though the Hindu Indian state has no martial tradition and therefore our party has to state this factor.