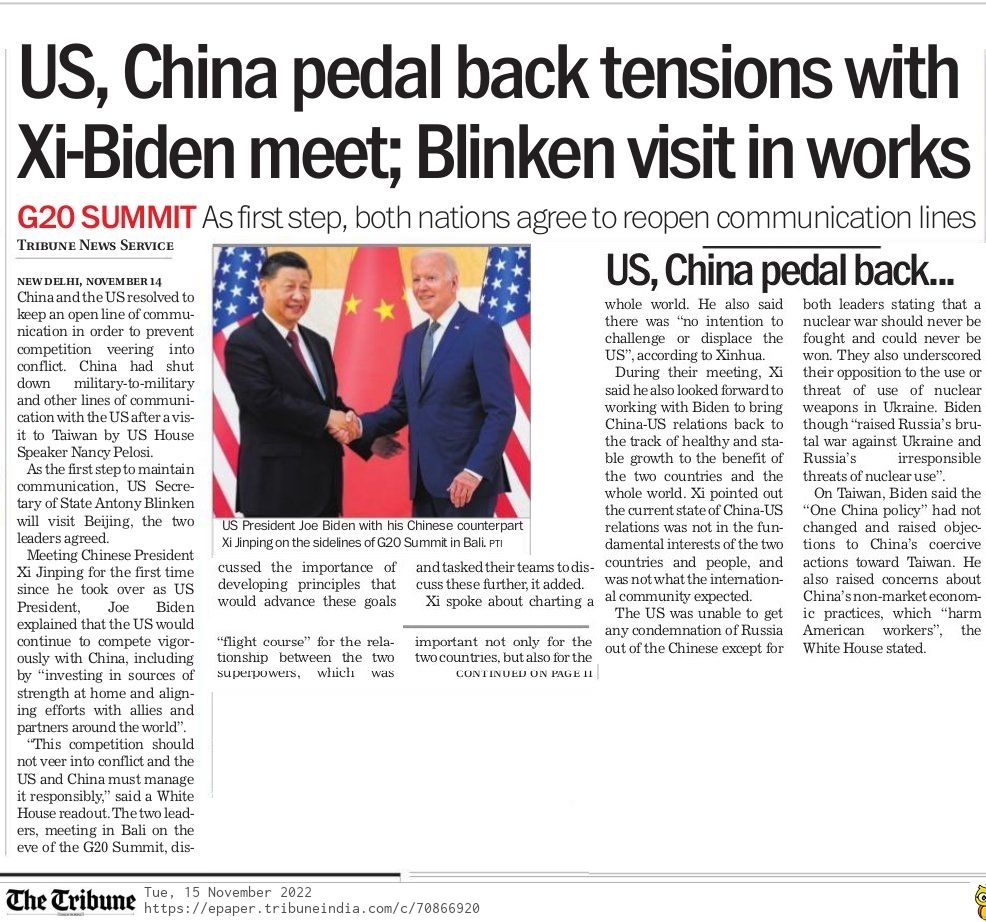 Comments by Simranjit Singh Mann: Shiromani Akali Dal (Amritsar) states that this meeting between President Joe Biden and President Xi Jinping indicates that the USA raised questions about Taiwan’s safety against Communist China’s policy of annexing it. Mr. Biden also raised the question of Russia’s aggression of Ukraine. But he did not raise the question of Communist China’s aggression of Ladakh in 1962 and Presently during BJP- RSS regime of Premier Nerandra Modi in 2020.

In the recently held United Nations Human Rights Council at Geneva on 10th of November 2022, countries like Britain, Germany, Belgium and USA have strongly; all Members of NATO have severely criticized the Hindu Indian state for its barbaric and cruel Human Rights record regarding the Minorities.

Therefore, though the Hindu Indian state may praise its record on its economic recovery but in matters of Defence and diplomacy, it remains in the doldrums.