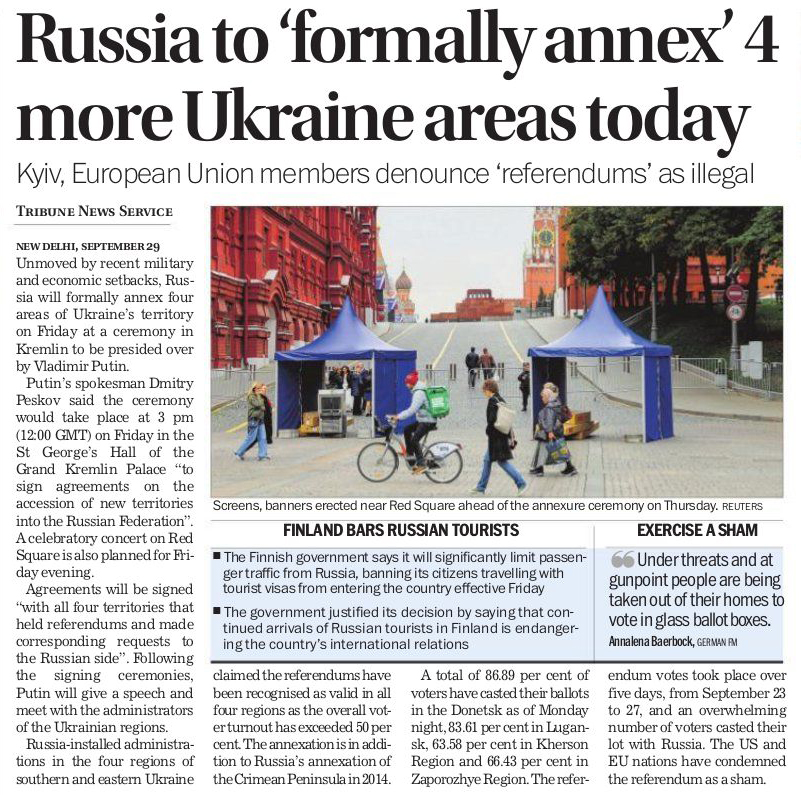 Comments by Simranjit Singh Mann: Shiromani Akali Dal (Amritsar) states that we wonder whether Premier Nerandra Modi is the Prime Minister of THIS (Theocratic Hindu Indian state) or merely the Premier of Gujarat as for the last two months he has been bestowing one gift or the other on Gujarat. He must undo what he did in 2002 and 2013 and why he set free rapists and murderers on 15th August this year which is said to be Independence Day.

Does Premier Modi support the latest Russian referendum in the Ukraine territories? In the same breath we ask whether he supports the nuclear threat of President Putin?

He can only do so if he withdraws his attention from Gujarat and focuses his attention on the Minorities, Schedule castes and Adivavsis or Tribal’s and gives back to the Kashmiri Muslims what is theirs, withdraw the draconian law AFSPA (Armed Forces Special Powers Act.). If he is fair and above board he should also put the RSS in the dock and put it where it belongs besides PFI. They make good bed fellows.