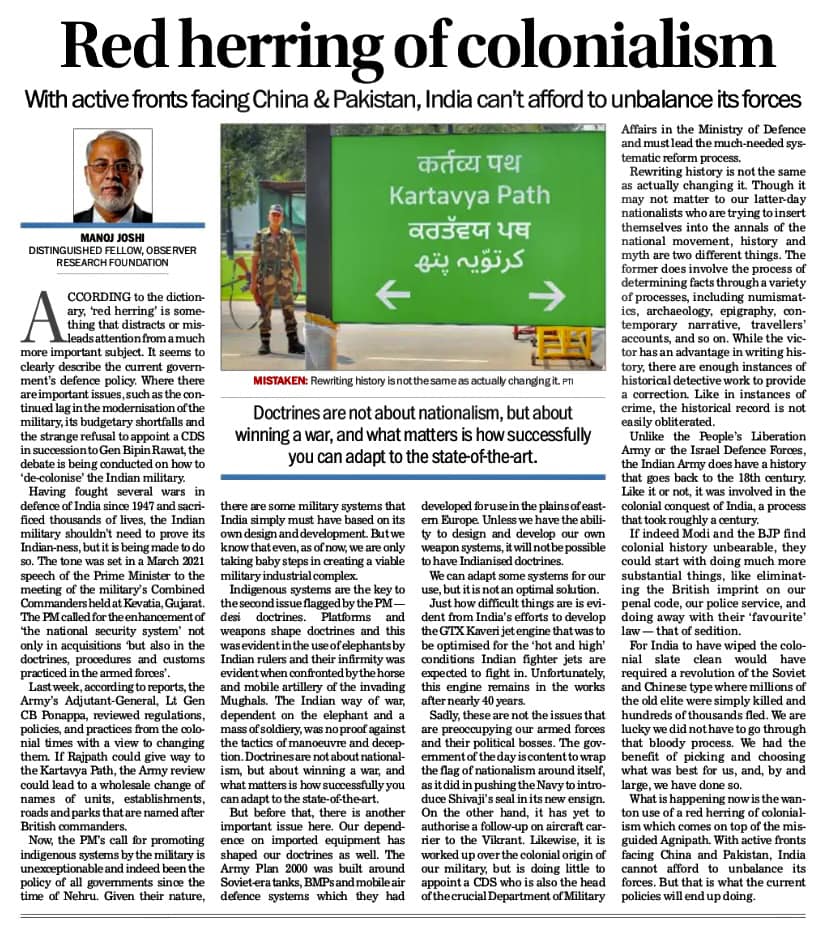 Shriomani Akali Dal (Amritsar) states that this is very good article Mr. Joshi has written.
Three Service Chiefs must read and listen to the voice of the people and sagacious advice.
First evacuate all aggression in Ladakh, then devote full time to training.
Get 67 percent of obsolete weapons scrapped. Plan to replace these indigenous weapons with imported weapons we failed to understand why THIS cannot manufacture and produce simple rifles. 75,000 rifles are arriving from America’s firm SiG Sauer, 93,000 rifles from UAE and 4.25 Lakh rifles ordered from foreign manufacturers.
47,000 bullet proof jackets have also been ordered from abroad.
Indigenous shells manufactured for Bofors gun make the artillery guns burst, but Russian imported shells do no harm to this artillery piece.
BJP- RSS Union Government should not feed its citizens on false hopes and promises. If military had latest weaponry, Communist China’s PLA would not have successfully penetrated the Ladakh defences in 2020.

Therefore, those watching the political situation and armaments of the three serviceses should begin thinking and try and fathom what Mr. Joshi has written.