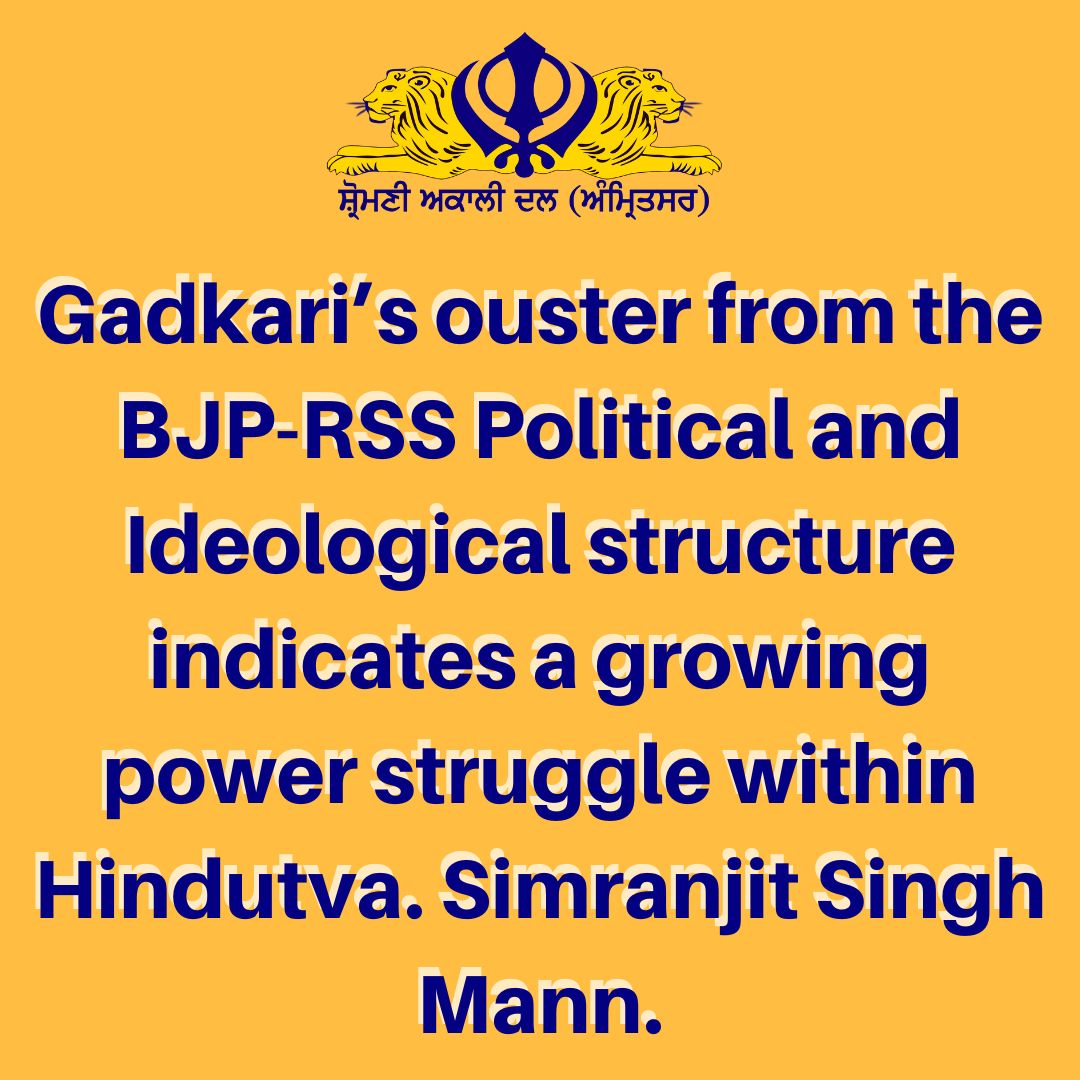 The ouster of Mr. Nitin Gadkari from the BJP’s Parliamentary Board indicates that Mr. Gadkari who was the RSS Prime Ministerial candidate, the influence of the RSS has decreased, whereas the BJP political structure has become stronger than the ideological rightwing RSS. It has also made the seat for Premiership stronger for Mr. Narinder Modi.

Administratively as Transport Minister Mr. Gadkari is showing good results, which would mean that there is an internal struggle for power in the extremist Hindutva party and organization, much like what is happening in Communist China where President Xi Jinping is also struggling to keep himself in power. The difference is that President Xi Jinping has annexed more territory in Ladakh in 2020 to add to his claim for a further seat of power, whereas Mr. Gadkari has been thrown out, though during the Premiership of Mr. Modi the Hindu Indian state has surrendered some 900 sq kms of Ladakh territory to Communist China.

The loss of territory in Ladakh has made the position of Mr. Modi weak, as a result of which his rival Mr. Gadkari has lost his position in the political structure of the extreme rightwing party and organization the BJP and RSS.

Our party thinks that as the 2024 parliamentary elections draw closer the Hindutva establishment is going to see a bitter struggle for power, with the added handicap of the BJP in power, letting the economy weaken, price rise and corruption.

The Shiromani Akali Dal (Amritsar) is watching the situation closely as the Union Modi Government has stationed the BSF internally within the Punjab, thus reducing its vigil on the Indo-Pak border, which would mean that distrust of the Sikhs is growing within Hindutva.

The acceptance of a writ petition against the carrying and wearing of the Kirpan, by the Delhi High Court is further indication of the mistrust of Sikhs in THIS (Theocratic Hindu Indian State). If the Supreme Court had rejected to accept this very writ and the Delhi High Court picking it up, though the wearing and carrying of a Kirpan for Sikhs is guaranteed in Article 25 of the Constitution, shows the Delhi High Courts growing communal Hindutva commitment.