No time for further talks with Communist China on the Ladakh issue. Our party now wants action and Union Government of Premier Modi must show its guts and worth. Simranjit Singh Mann. 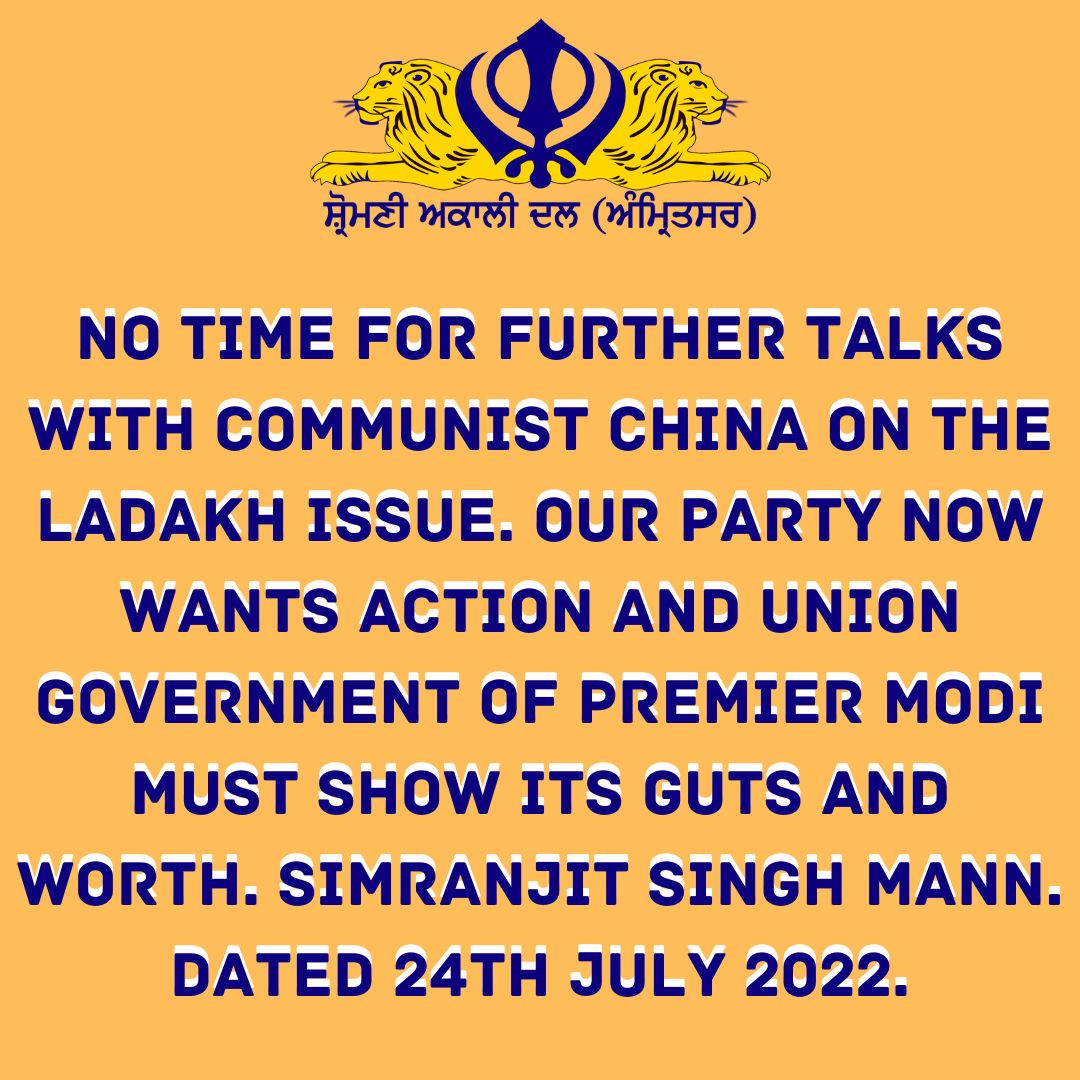 No time for further talks with Communist China on the Ladakh issue. Our party now wants action and Union Government of Premier Modi must show its guts and worth. Simranjit Singh Mann.

Fatehgarh Sahib, 14th July ( ) “THIS (Theocratic Hindu Indian State) is showing a pusillanimous and a weak attitude towards Communist China and its occupation of 900 sq kms of Ladakh territory in 2020. The Union Government now states that the talks with Communist China will be held on 17th July 2022. The talks with Communist China have failed miserably since 2020 and now the Union Government is going to hold talks on 17th July 2022 with a begging bowl. This is no policy for a Hindutva state which states that it is sovereign and independent. It is time that a harsher attitude towards Communist China be adopted and if the present military leadership is incapable in launching a lightning strike into occupied Ladakh territory where Communist China is weak, then our party would think that the present Union BJP-RSS Government of Premier Narinder Modi has no resolve and its military Generals are incapable of showing their military worth.”

Ladakh was annexed by the Lahore Darbar (Sikh Empire) in 1834 and we Sikhs feel ashamed that the Hindutva state is busy in demolishing Muslim colonies with bulldozers and terrorizing them in Kashmir by the use of un-constitutional law AFSPA (Armed Forces Special Powers Act) which gives the security forces the right to kill, maim, kidnap, abduct, murder, rape, molest, torture, detain any person (Kashmiri Muslims) for an endless time, with impunity.

This law contravenes Article 21 of the Constitution which states that no person can be deprived of his life and liberty without following the procedure laid down by law. Yet the Supreme Court which is the guardian of the Constitution is not willing to strike this inhuman law and declare it ultra vires the Constitution. We wonder why? Facta non Verba.