Higher Judiciary is not doling out Justice to the minorities and under privileged. – Simranjit Singh Mann 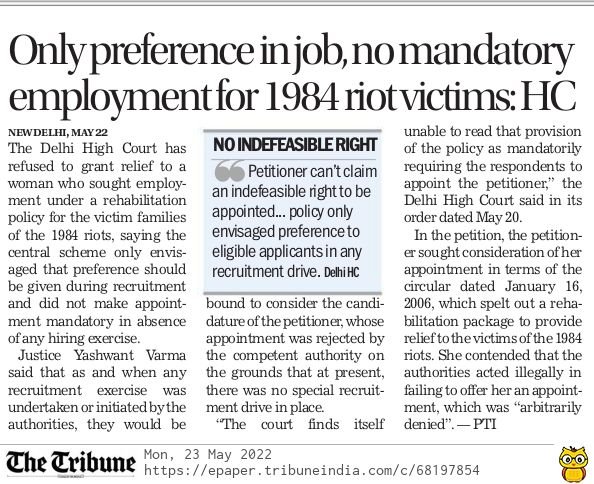 Higher Judiciary is not doling out Justice to the minorities and under privileged. – Simranjit Singh Mann

Comments by Simranjit Singh Mann: Shiromani Akali Dal (Amritsar) states that our Party is of the opinion that the judges of the Higher Courts have now been smitten by the extremist and right wing bug of Hindutva. They have seized to see the wood for the trees. They continue to call the genocide of the Sikh peoples perpetrated at the orders of late Premier Rajiv Gandhi as riots.
Riots take place when two parties or communities resort to violent methods of resolving their disputes.
In the case of the genocide of the Sikh peoples ordered by late Premier Rajiv Gandhi, Sikh’s in large numbers were massacred in their thousands, their women folk dishonoured, tyres were put around the necks of young Sikh boys and set afire. Sikh houses were looted and set on fire. Sikh military men in uniform were killed. All this was done by Hindu mobs who were guided by, in the case of Delhi by the Delhi Police. Kamal Nath and Amitab Bachan were the prominent Congress Hindu leaders amongst others who took part in these gruesome crimes against humanity. We are afraid that the Delhi High Court Judge Yaswant Varma refused to see the gravity of the crimes that the Sikh’s suffered and put off the case of a by the deserving petitioner.
That said of the Delhi High Court we come to the Punjab and Haryana High Court where High Court judges of the Hindutva extremist mind have been saving Dera Mukhi Ram Rahim, Parkash Singh Badal, Sukhbir Singh Badal and the then DGP Sumaid Saini from prosecution of committing sacrilege of sacred Sikh scriptures and murder of two innocent Sikh’s of village Behbal Kalan in 2015. These High Court Judges are Rajbir Sherawat, Arvind Sangwan, Bajaj and one other.
We think if the judiciary fails in giving justice, the state structure is on the brink of failure as the Supreme Court is not declaring the unconstitutional law AFSPA (Armed Forces Special Powers Act.) which gives power to the armed forces to Kill, maim, torture, rape, kidnap, abduct, molest and detain any Kashmiri with impunity. Besides this, the anti-minority laws like- CAA (Citizen Amendment Act.), NPR (National Population Register) and NRC ( National Register of Citizen), passed by the extremist right wing Union Government are also offensive to the Constitution and need to be struck off.
We are sorry if these words offend the judiciary but since it is true that the Supreme Court is not acting as the custodian of the Constitution, then it and the High Courts mentioned would have to bare the criticism and ignominy.