Dams on Punjab and Kashmir rivers can destroy the Punjabi and Sikh civilization. Simranjit Singh Mann. 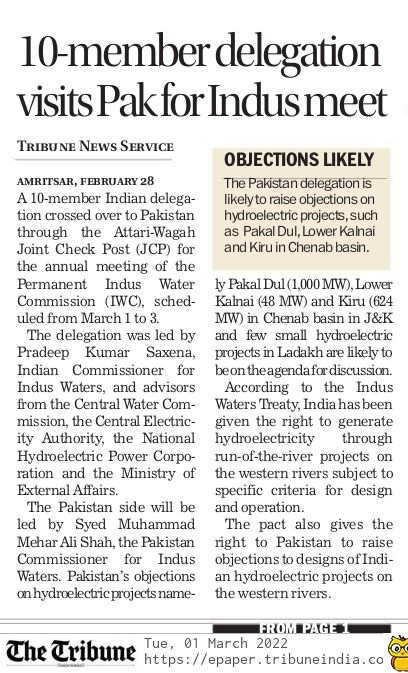 Dams on Punjab and Kashmir rivers can destroy the Punjabi and Sikh civilization. Simranjit Singh Mann.

Comments by Simranjit Singh Mann: Shiromani Akali Dal (Amritsar) states that the Shiromani Akali Dal Amritsar is afraid that the dams on the rivers Satluj, Beas, Ravi and Chenab can be used by THIS (Theocratic Hindu Indian State) as a hydrological weapon of war to cause a deluge in the Indus Basin, thus destroying the Punjabi and Sikh civilization.

During the occupation of Afghanistan by the USA, THIS (Theocratic Hindu Indian State) also built dams on rivers in Afghanistan. These can also be used as hydrological weapons of war.

Will the Indus Water Treaty delegation ponder over such as this is a catastrophe?

The pity is that the Sikhs are a stateless people and do not even have a Noah’s ark.