If Russia attacks Ukraine it will have a Domino effect on the North and Eastern states of present day Hindu India. – Simranjit Singh Mann 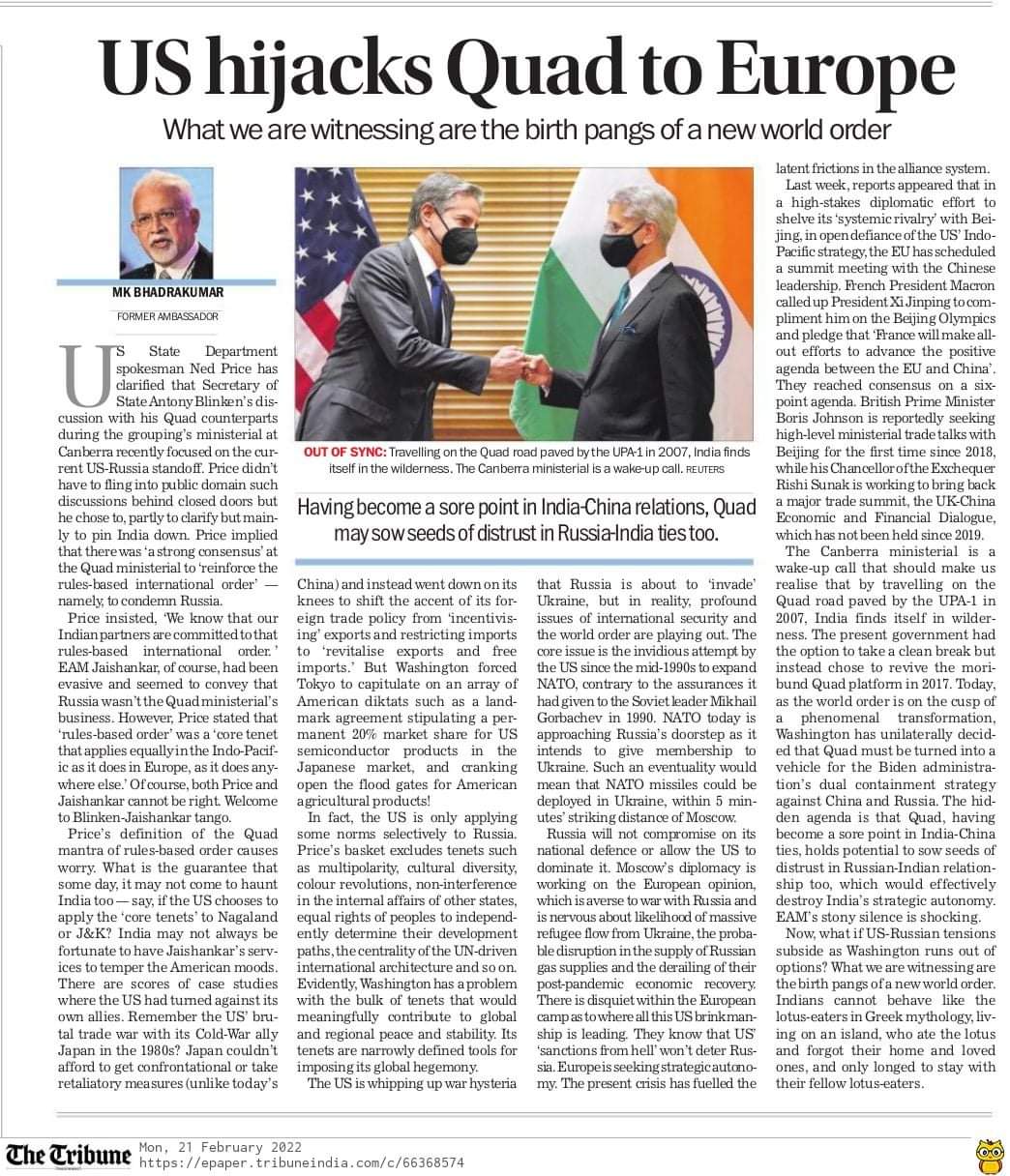 If Russia attacks Ukraine it will have a Domino effect on the North and Eastern states of present day Hindu India. – Simranjit Singh Mann

Comments by Simranjit Singh Mann:- Shiromani Akali Dal (Amritsar) states that THIS (Theocratic Hindu Indian state) has to decide whether it stands with the Western democracies and Quad or with Russia and Communist China.
If Russia invades Ukraine then it will have a domino effect on Kashmir, Ladakh Bhutan, Nepal, NEFA and the North Eastern states.
We must not forget Mao’s strategy of strengthening the rural areas, capturing them and then an advance on the cities to perpetuate Communist rule as he did in China.
We think the present Communist China had been able to perfect this strategy in South Asia as it has virtually surrendered the Hindutva ruled states around the capital of Delhi.
Bangladesh, Nepal and Islamic Pakistan are already in the grip of Communist China.
However, if the radicalised BJP – RSS regime led by Nerandra Modi does not unite the whole country as one, letting loose terror and not accommodating the Kashmiri’s, the minorities, schedule castes and tribals or aborigines, we do not think that the Hindutva regime will succeed in putting Humpty Dumpty together again.